Another characteristic of Spirulina is low fat, low calories, and no low-density cholesterol (LDL), which is undoubtedly a major contribution to the health plan of modern people.

Protein is spirulina composed of amino acids. Spirulina contains all 18 amino acids that the human body needs, so nutrition experts call it a full-price protein nutrient. 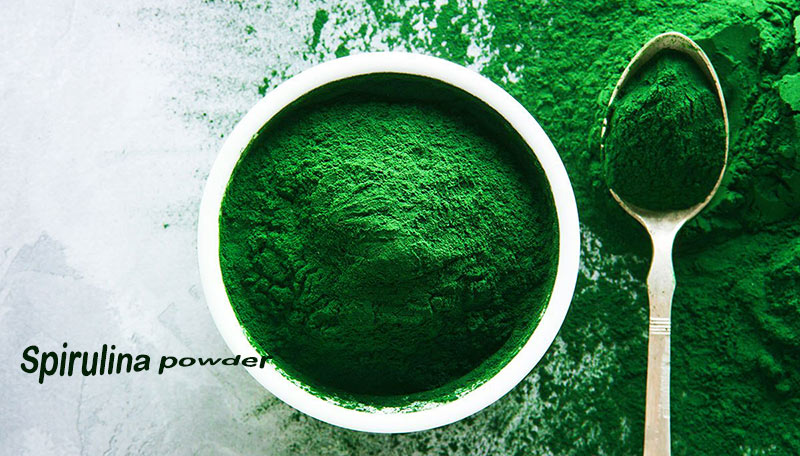 Resources of many important vitamins

Spirulina is concentrated with a variety of important vitamins needed by the human body for physiological activities. It contains both water-soluble vitamins, such as vitamin B1, vitamin B6, vitamin B12, pantothenic acid, biotin and folic acid, as well as fat-soluble vitamin A and vitamin E.

Vitamin B12 in spirulina is a vital element with vital physiological functions involved in the production of bone marrow erythrocytes, preventing pernicious anemia, and preventing damage to brain nerves.
The average content of natural vitamin B12 per kilogram of spirulina dried algae reaches 5 mg, and after being absorbed by the human body, the effective amount of spirulina vitamin B12 is as high as 20%, exceeding that of all vitamin B12 in other plants.

After ingestion, spirulina is mainly stored in the liver and muscle tissue of the human body. When the body's functional metabolism is needed, they can directly provide glycogen to the muscle tissue to generate energy, so that the body can gain explosive power and endurance. The advantage of this animal starch polysaccharide is that it does not increase the burden of the pancreas and does not produce hypoglycemia. This is very important for athletes, actors and other people with large physical consumption.

Spirulina carotenoids have fat-soluble properties that are insoluble in water and only soluble in oil, and can play a more stable role in human tissues. Every 20 grams of spirulina dried algae contains about 30 milligrams of beta-carotene, and the equivalent amount of beef liver is only 1/4 of its content, and the content in pig liver is only 16 milligrams. Therefore, ordinary adults only need to consume 2.5 grams of spirulina per day to fully meet the needs of human nutrition and metabolism for β-carotene.

Spirulina's natural A-type chlorophyll is called human's natural heme resource, and its content accounts for 1.1% of the total algae body, which is 2-3 times the chlorophyll content of most land plants and 10 times that of ordinary vegetables . Spirulina's chlorophyll a, together with its high-quality protein, can be used as a direct supplement to human heme; more because spirulina's cell walls and cell membranes are composed of polysaccharides, so after eating spirulina, people can immediately be taken It is transformed into the heme of the human body, so spirulina chlorophyll a can be called human "green blood".

SOD is an important enzyme for the body to defend against superoxide radical molecules. Among the active biomass of spirulina, SOD is particularly abundant. In 10 grams of fresh spirulina (dry biomass), it contains 10 000 to 37 500 IU (international unit). According to the measurement of more than 10 domestic algal powder samples by the Chinese Academy of Agricultural Sciences in 2011, the average value of SOD reached 1 930 IU / g (dry algae).

SOD is the nemesis of peroxide free radicals in the human body. Since the advent of spirulina, many people who have taken it for many years (usually taking 4 to 6 grams a day) have found that their appearance has become younger and their heart strength has become stronger. Not irrelevant.