Allulose, a new type of sugar substitute for hypoglycemic

Allulose, a new type of sugar substitute for hypoglycemic
Allulose is a well-studied rare sugar that has been granted GRAS certification by the US FDA, meaning it is generally recognized as safe as a food ingredient under the conditions of intended use in food and beverages. However, allulose has not been listed in China for the time being. Allulose is an isomer of fructose, a monosaccharide with very low content in nature. It is found in natural foods such as fruits, raisins, figs and kiwi. White powder, easily soluble in water.

✅Low calorie. Calories are much lower than sucrose, about one-tenth of sucrose, and a small amount of calorie is approximately 0

✅The taste is close to that of sucrose. The sweetness of allulose is 70% of that of sucrose, which is very similar to high-purity sucrose. It stimulates the taste buds slightly faster than sucrose. There is no bad taste during consumption, and changes in temperature will not affect its sweetness. High-sweet stevia will feel greasy, and allulose is better at this point.

✅High security. Allulose has passed the GRAS safety certification of the US FDA, and is considered by European and American scholars to be the best substitute for erythritol. Humans generally have a certain tolerance to the intake of sugar alcohols. If the tolerance is exceeded, symptoms such as diarrhea may occur, but allulose will not occur, and it is very safe. 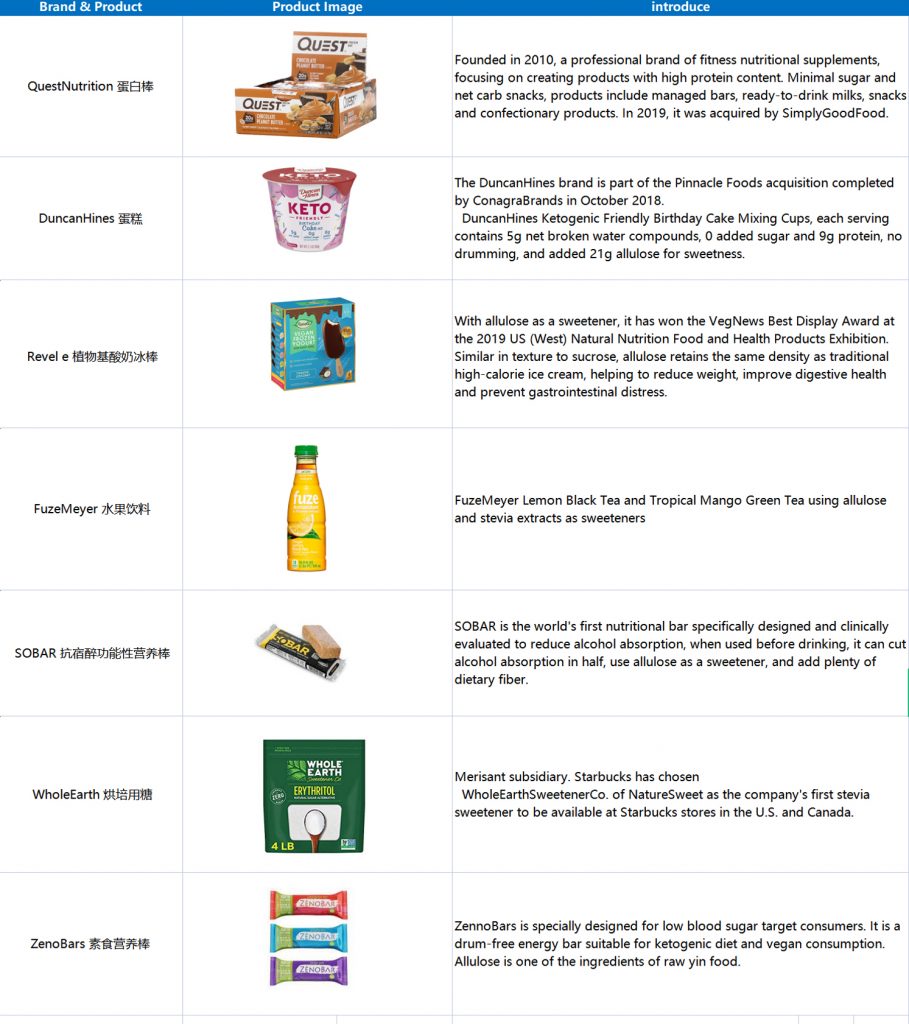 According to data from Future marketing sights, before 2019, the global demand for allulose was around 7,000 tons, and by the end of 2021, the global allulose market will reach US$210 million, corresponding to a demand of about 20,000 tons, of which 55% For food, 37% is used for beverages, and a small amount is used for medicine. In October 2021, my country's National Health Commission has accepted the application of D-psicose as a new food raw material. In view of the long-term research on the safety of psicose abroad and the approval of its application in more countries and regions, my country's Food-grade applications of allulose are also expected to be approved. We believe that with the approval of allulose by the state and the improvement of relevant laws and regulations in China, the demand for allulose is expected to rise to a higher level.