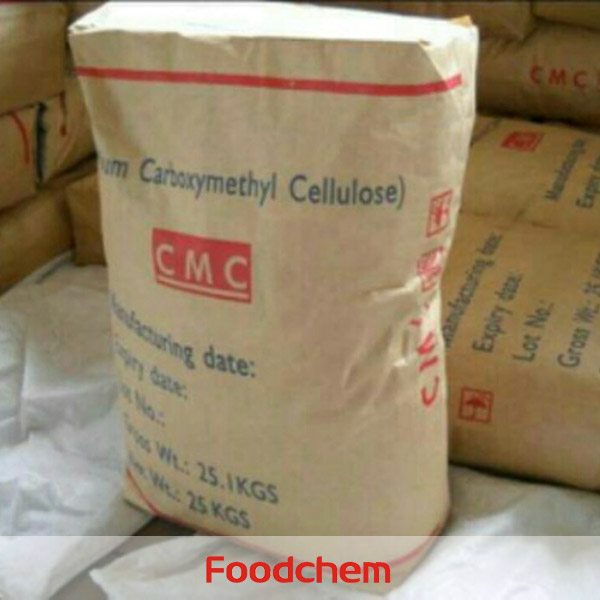 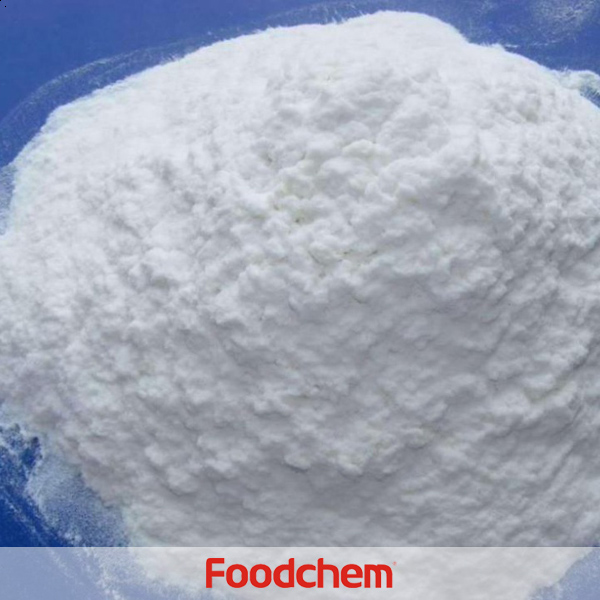 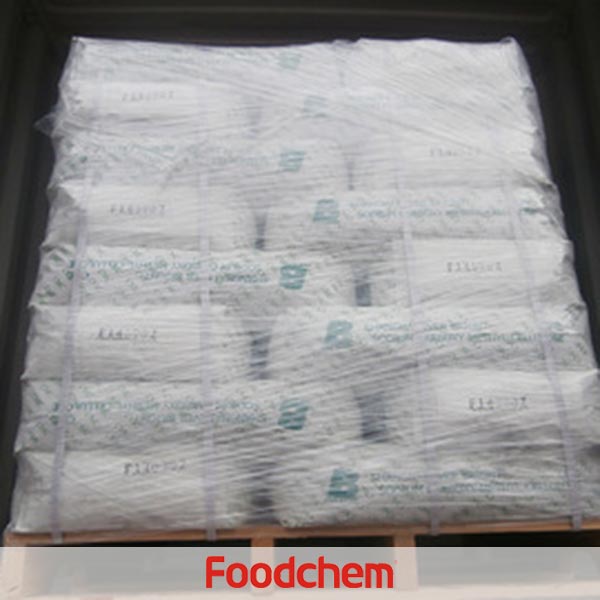 UsesCMC is used in food science as a viscosity modifier or thickener, and to stabilize emulsions in various products including ice cream. As a food additive, it has E number E466. It is also a constituent of many non-food products, such as K-Y Jelly, toothpaste, laxatives, diet pills, water-based paints, detergents, textile sizing and various paper products. It is used primarily because it has high viscosity, is non-toxic, and is hypoallergenic. In laundry detergents it is used as a soil suspension polymer designed to deposit onto cotton and other cellulosic fabrics creating a negatively charged barrier to soils in the wash solution. CMC is used as a lubricant in non-volatile eye drops (artificial tears). Sometimes it is methyl cellulose (MC) which is used, but its non-polar methyl groups (-CH3) do not add any solubility or chemical reactivity to the base cellulose.

Following the initial reaction the resultant mixture produces approximately 60% CMC plus 40% salts (sodium chloride and sodium glycolate). This product is the so-called Technical CMC which is used in detergents. A further purification process is used to remove these salts to produce pure CMC which is used for food, pharmaceutical and dentifrice (toothpaste) applications. An intermediate "semi-purified" grade is also produced, typically used in paper applications.

CMC is also used in pharmaceuticals as a thickening agent. CMC is also used in the oil drilling industry as an ingredient of drilling mud, where it acts as a viscosity modifier and water retention agent. Poly-anionic cellulose or PAC is derived from cellulose and is also used in oilfield practice. CMC is definitely a Carboxylic Acid, where PAC is Ether. CMC and PAC, although they are manufactured from same raw materials (cellulose, amount and type of materials used leads different final products. The first and the leading difference between CMC and PAC exist in radicalization step. CarboxyMethyl Cellulose (CMC) is both chemically and physically distinguished from Polyanionic Cellulose.

Insoluble microgranular carboxymethyl cellulose is used as a cation-exchange resin in ion-exchange chromatography for purification of Proteins.Presumably the level of derivatization is much lower so that the solubility properties of microgranular cellulose are retained while adding sufficient negative charged carboxylate groups to bind positively charged proteins.

CMC is also used in ice packs to form a eutectic mixture resulting in a lower freezing point and therefore more cooling capacity than ice.

Aqueous solutions CMC have also been used to disperse carbon nanotubes. It is thought that the long CMC molecules wrap around the nanotubes, allowing them to be dispersed in water.

EnzymologyCMC has also been used extensively to characterize enzyme activity from endoglucanases (part of cellulase complex). CMC is a highly specific substrate for endo-acting cellulases as its structure has been engineered to decrystallize cellulose and create amorphous sites that are ideal for endglucanase action. CMC is desirable because the catalysis product (glucose) is easily measured using a reducing sugar assay such as 3,5-Dinitrosalicylic acid. Using CMC in enzyme assays is especially important in regard to screening for cellulase enzymes that are needed for more efficient cellulosic ethanol conversion. However, CMC has also been misused in earlier work with cellulase enzymes as many had associated whole cellulase activity with CMC hydrolysis. As the mechanism of cellulose depolymerization has become more understood, it should be noted that exo-cellulases are dominant in the degradation of crystalline (e.g. Avicel) and not soluble (e.g. CMC) cellulose.

Foodchem is an ISO2008 9001 certified company, as for Sodium Carboxymethyl Cellulose (CMC),2FM, we can offer HAPPC, KOSHER, HALAL Certificates, ect.

Foodchem is both manufacturer and trading company, we are Sodium Carboxymethyl Cellulose (CMC),2FM distributor, at the same time, we are manufacturer of other products.

3, What is the Min Order Quantity of Sodium Carboxymethyl Cellulose (CMC),2FM?

4, What is the price of Sodium Carboxymethyl Cellulose (CMC),2FM?

We can guarantee to reply your inquiries of Sodium Carboxymethyl Cellulose (CMC),2FM in less than 24 hours in working days.